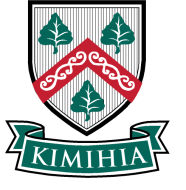 Consultation with more than 1300 people in the Linwood College catchment area has found that people want to be involved in the vision for the rebuilt school and would like to see it become the school of choice for this area.

The external consultation was organised by the Bays and South Legacy Project Group in partnership with Linwood College and ran for the month of June. ‘Our school, our choice, our future’ was the theme of the consultation, which ran five community workshops, 12 outreach opportunities and an online survey.

Respondents said the school should nurture individual excellence, embrace diversity and encourage leadership. The vision for the building was to create a safe and healthy environment, built sustainably, that can become a space for the whole community.

Dave Turnbull, Linwood College Board of Trustees Chair says, “I believe the feedback shows there is widespread support for a re-invigorated Linwood College. Communities identify with their local schools, which frequently become the hub of the local community. This is often easier for primary schools which mostly centre on smaller geographic areas. The challenge for Linwood College is to be the secondary school of choice for young people and their families living in south east Christchurch.”

The ideas received in the consultation process have informed the educational brief thatLinwood College delivered to the Ministry of Education this week. Once approved, this brief will form the basis of the new school's development.

Linwood College principal Richard Edmundson says, “It was really pleasing to see how much good will there is in the wider community towards Linwood College.” He says the community wants the college to do well because they understand how local schools build community. “But also the practical aspect of not wanting  to spend an hour each way in the car  - driving past Linwood College to another school.”

“I was heartened at how keen the community were to give their views once it was clear that the school was listening - and listening to learn what our next steps should be,” Edmundson says.

Linda Rutland, chair of the Bays and South Legacy Project Group, says she was surprised at the low interest in the physical school buildings and future school buildings. “People were more interested in talking about leadership and school culture issues.”

The consultation process had some other surprising outcomes. Edmundson’s favourite was the  community surveying outside the Ferrymead supermarket. “One of our year 12 students was interviewing shoppers. The shopper was so impressed by her positive attitude that she offered her a babysitting job.”

The feedback will also provide guidance for the Bays & South Legacy Group on how to strengthen the relationships between the school and its community going forward.

Ministry of Education research shows that effective partnerships between schools and parents, whānau and communities can result in better outcomes for students.

Linda Rutland says, “We now have an exciting action plan of how we, the community, can support our local school to become a school of real choice. The school’s current lack of popular appeal is a whole of community problem and it will be solved when everyone works on it together.”

“We'll know we've succeeded when we have created a school which physically expresses the values and dreams of our families,” Edmundson says.

Linwood College has been serving students from Bromley to Scarborough and Lyttelton toLinwood since 1954.

Physical work on the new school buildings will begin in 2017.

“We're lucky to have a huge diversity in our community,” Edmundson says. “We've got everyone from beneficiaries to millionaires. We have Filipino communities, Pākehā, Māori and Pasifika communities, and from all around the world. In our global world, this is a great opportunity to become culturally competent along with academic proficiency.”

Edmundson says that Linwood College has come through difficult times and is now ready to work with its community to better serve its needs. “It is also about all of education working together seamlessly from early childhood centres, primary, secondary and onto tertiary. We are all partners to ensure that children can have the educational pathway that best suits and excites each individual.”

Post-quake, Christchurch High Schools came together to create a vision with the idea of “a secondary community of learning”. Edmundson, then principal of Hornby High School, was one of the vision's authors.

“The idea is to create equity and excellence for all,” Edmundson says. “This is the way to have Christchurch be the strong, healthy city that we all wish it to be. Healthy societies have their schools and communities seeing the bigger picture and working for the betterment of all and at the same time being responsive to the aspirations and needs of its immediate community.”

Rutland says, “Rebuilding the school is not just about bricks and mortar but about building enduring relationships and a sense of pride and ownership.”